The first midterms for US presidents usually don’t go well. Other than a handful of exceptions, the party of the person in the White House does poorly. In years such as 1994, Republicans took control of Congress during the Bill Clinton administration. In other cases, such as in 2002 or 2018, losing one chamber has been sufficient to change the political dynamic in Washington. As former President Barack Obama commented in 2010, when Republicans took control of the House following the fallout from the Affordable Care Act, he took a “shellacking.” 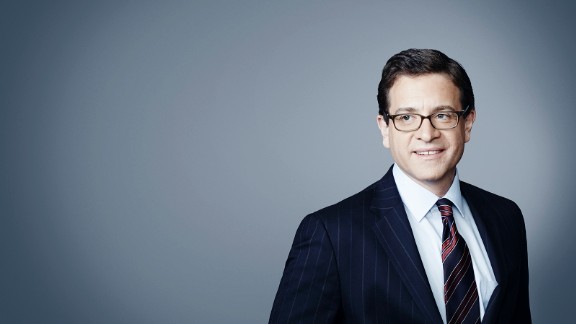 It is too early to tell how the outlook is shaping up for 2022. The challenge will be significant for Democrats who barely have control of the House and Senate. The next round of gerrymandering in states controlled by the GOP will give the party a helping hand with regards to the House.

In the coming months, the Biden administration will need to make decisions about how many resources and how much energy they should devote to the midterm campaigns. Historically, some presidents have invested less than others about the fate of their party in Congress. In fact, this was a criticism leveled against President Obama.

For President Biden, there are a number of political issues at stake in what happens in November 2022.

Agenda: One of the greatest powers of the presidency is the ability to sway what issues the nation’s elected officials are focusing on. When the president decides to focus some of his time on any particular issue, much of Washington often follows. We have seen this, for instance, with infrastructure. Even if the other party doesn’t agree with what the presidency is doing, they find themselves debating the president’s agenda rather than their own.

Republicans are eager to turn national attention toward a set of issues they believe will be to the advantage their party: border control, crime, the classroom culture wars, and inflation. Although Republicans have already achieved considerable success keeping these topics front and center – helped in large part by Fox News and other conservative media outlets that offer a mechanism to counteract any Democratic bully pulpit – a shift in control of either chamber would make it considerably more difficult for President Biden to keep attention on the issues that concern his party, such as climate change and the social safety net.

A base for 2024: Successful midterm elections can become a platform to prepare for a successful run against the president in his reelection bid. In 1966, for instance, Republicans gained seats in the midterm elections even though Democrats retained control of the House and Senate (which, other than when the Republicans controlled the Senate from 1981 to 1987, the Democrats held from 1955 to 1995). Teaming up with southern Democrats, in 1967 and 1968, Republicans put pressure on President Lyndon B. Johnson to cut Great Society spending and to deal with the inflationary effects of the war in Vietnam, all of which helped Richard Nixon win office in 1968.

To be sure, strong midterm performances don’t always have this effect. Though Democrats were devastated when the GOP took control of Congress in 1994, President Clinton was able to decisively defeat Senator Robert Dole in 1996.

In 2023, Republican control of the House or Senate would likely help the GOP. Republican senators hoping to run for the White House in 2024 would have new opportunities for national attention. A Republican House or Senate could shift attention toward questions that would benefit possible candidates who are currently serving as governors. And given the close alignment of Congressional Republicans to former President Trump, this would clearly boost his chances for reelection.

Investigations: Controlling Congress allows the party in power to intensify any investigations into the White House. Republicans are clamoring to open up as many questions as possible into the Biden administration. Indeed, allegations of corruption have been central to their attacks on this very likeable president since he first announced his bid for office. The president’s family, particularly his son Hunter, has always been in the eye of the storm. Should Republicans gain congressional power, the next two years will inevitably see a large number of committees seek any dirt possible on the president.

Pandemic Recovery: At this point one of the greatest risks that the president, and nation, would face would come on the public health front. Many Republicans have lined themselves up against key public health initiatives. Other than a few exceptions, the party has launched ongoing attacks against vaccination mandates and passports – even as former President Trump touts the vaccine’s development as one of his greatest accomplishments. Over the past year the party has proven to be a key source of resistance to core recommendations from the science community, such as wearing masks and social distancing.

It is not a surprise that the greatest surges of the Delta variant are taking place in red states. If the House and Senate are under Republican control, barring the pandemic miraculously being eradicated, a shift in power will pose an immense challenge to Biden going into the second half of his term. “If you have hundreds of thousands of Americans getting sick, that’s problematic for any president,” one of Obama’s pollsters commented. Ultimately, Biden will be measured in 2024 by his ability to move the nation beyond the health crisis we have lived through. If Americans feel that conditions are bad, the Democrats will have trouble keeping power.

Voting: The right to vote is being threatened in many states across the country. The US Supreme Court’s 2013 decision to strike down a key provision of the Voting Rights Act has allowed red states to move forward with all sorts of restrictions and requirements on casting a ballot.

The GOP has been committed to this campaign for years. Other than the Department of Justice, Congress is the last bastion that can stop this. Currently, Republicans are preventing Democrats from passing voting rights legislation because of the filibuster. With majority control of the House or Senate, such legislation would not even be considered as more states continue to change their laws.

Get our free weekly newsletter

To be sure, there would be other challenges as well. But Democrats should be aware of the immense stakes that the party faces. The administration can’t afford to make the mistake that previous presidents have made, such as not putting enough resources into the congressional races until it’s too late. The midterms will have a determining impact on how the Biden presidency unfolds.