Editor’s Note: Peggy Drexler is a research psychologist, documentary producer and the author of “Our Fathers, Ourselves: Daughters, Fathers, and the Changing American Family” and “Raising Boys Without Men.” The opinions expressed in this commentary are hers. View more opinion on CNN.

Covid cases are going up. Mask sales are again on the rise. And yet, vaccine resistance grows. Does this make any sense? 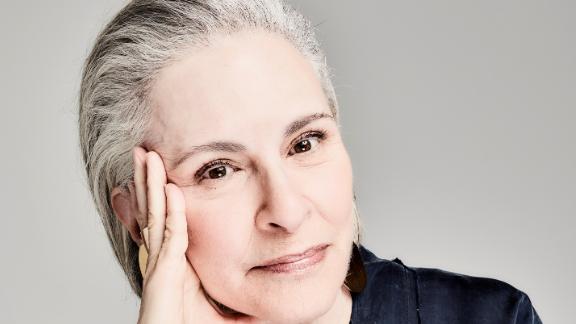 The ongoing surge in all 50 states, plus DC and Puerto Rico – one that’s putting cases in some regions at the same levels they were one year ago, at the height of the pandemic and before there was a vaccine – is largely due to the fact that about half of the US population remains unvaccinated, health officials across the country confirm. The US Centers for Disease Control and Prevention says about 97% – 97%! – of those recently hospitalized by the virus were unvaccinated.

One would think that the mounting and incontrovertible evidence that the Delta variant is something to fear would convince all vaccine holdouts to get the shot. But the needle is not moving.

This situation has left many of us with stubbornly unvaccinated people in our lives to wonder: Can I do something about this?

You can – and you should. It’s not easy to talk to someone who is refusing to be vaccinated and even harder to convince them to change their mind. But not impossible. Here are a few suggestions.

Listen. Vaccine hesitancy is complex and rooted in a number of beliefs and emotions. Some are scared of the unknown effects of the vaccine. Or they’re angry – at the government, at China, at whomever else – for “making” them do this in the first place. If you’ve been keeping yourself informed and updated with credible health and science reports, it’s tempting to cite data or list off all the reasons one should get vaccinated. But for many who are resistant, facts and data and science don’t seem to matter; pleas can actually turn them in the opposite direction. Trying to make your best case can make them feel attacked and blamed for the pandemic continuing.

Even if this is true, making them feel as much isn’t the way to convince them. The first best way to persuade someone to change their mind is to first listen and understand where their resistance lies. Your assumptions for why they’re resisting may be wrong.

Talk in way that will help them listen. Ever hear of “charm and disarm”? Those who are unvaccinated know you want something from them, and that wanting – that “demand” – may well make them dig in. Instead, appeal to their softer side, and their fondness for you, by making it personal. Explain why the vaccine is important to you – not why they should get the vaccine. You might try offering your own concerns, and how you overcame them. Maybe you start to wear a mask again, and tell them why, how even as you, too, are tired of doing so you’re doing it for your safety and the safety of everyone around you.

Some people also do better reading versus hearing. If the unvaccinated person in your life is easily distracted, or the sort who needs time to process – or if, just as importantly, you’re someone who tends to get fired up in the face of debate – consider putting your thoughts in an email instead. Taking a moment to gather and process your argument in a kind and respectful way, away from the heat of a frustrating confrontation, can go a long way towards making a convincing case.

Stay detached. Your emotions are not helpful. Don’t shame people who are unvaccinated, and don’t show your own anger. Make them feel safe around you and enter any conversation knowing you can stay reasoned, no matter what. If you’re not sure you can, table the talk for another time or format (see: put your thoughts in an email).

Make it their decision. Position getting the vaccine as a choice, rather than something the government is forcing them to do (it is not) – a choice to take a chance on the vaccine rather than on Covid. It is true that President Joe Biden recently announced new steps to get people vaccinated, including requiring federal government employees and on-site contractors to attest to their vaccination status, wear a mask if they are not and submit to weekly or twice weekly screening. But there is no government mandate for others. Perhaps you might appeal to their patriotic senses. That uncle driving around with the flag on the back of his truck? Surely he cares about his country and keeping his fellow Americans healthy and in their jobs!

Bribe them. It’s not as ridiculous as it may seem. An increasingly impatient Biden has suggested that states offer $100 vaccine incentives. There’s a reason to believe this approach could work – for him and for you. Some people aren’t getting vaccinated because they’re busy, misinformed and/or see it as not worth their time. Others are not because, simply put, they’re lazy or complacent. Maybe this is your 70-year-old father, or your 20-year-old stepdaughter. Offering to drive or accompany them to their appointment – and then rewarding them with something they’d appreciate, like lunch at their favorite restaurant or a book you think they’d enjoy – may seem like pandering, but it’s pandering with a purpose.

Get our free weekly newsletter

View it as a long game. Chances are good you’re not going to convince anyone on your first attempt. But that doesn’t mean you won’t the second or third time. Don’t give up. The best route to success is often slow and steady. Have patience, and keep the conversation open and ongoing. Over time, as they trust your motivations and take in what you’re saying – and have the chance to grow their own awareness of the news they’re hearing around them, or the masks they’re starting to see more and more of – you might have a chance. You do have to try. We all do.