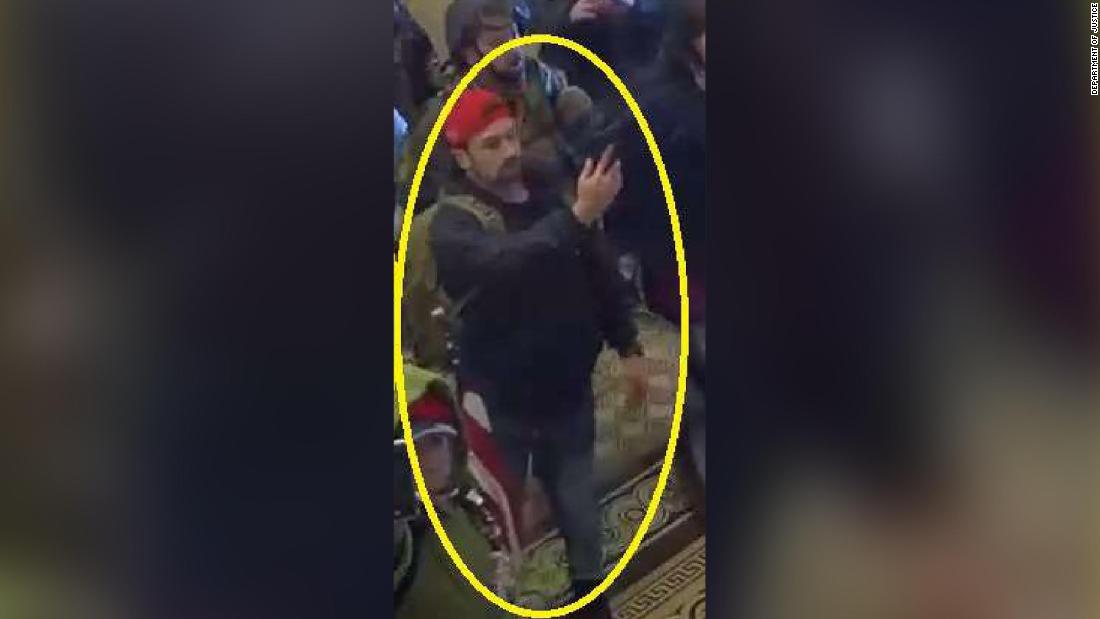 The Justice Department charged a soldier in the Wisconsin National Guard for storming the Capitol during the January 6 insurrection.

Abram Markofski and an associate allegedly traveled to DC together to attend then-President Donald Trump’s protest against the certification of the 2020 presidential election. After the rally ended, investigators say Markofski and his associate walked to the Capitol and spent about 40 minutes inside the building.

Markofski has been charged with four federal crimes, including violent entry or disorderly conduct. He has not yet entered a plea.

Maj. Joe Trovato, a spokesperson for the Wisconsin National Guard, said that Markofski enlisted in the Army National Guard in 2019. He is currently a private first class assigned to the 1st Battalion, 128 Infantry Regiment. Trovato declined to comment further.

Markofski is one of nearly three dozen current or former servicemembers charged in connection with the January 6 attack at the Capitol, according to a CNN review of court documents and Pentagon records. The bulk of these defendants are veterans – including many who served in Iraq and Afghanistan – but Markofski and a few others are current members of the military.

CNN previously reported that current or former servicemembers are over-represented among the defendants charged in the Capitol riot, though the numbers have leveled out a bit over time.

Many of the defendants with ties to right-wing extremist groups, like the Oath Keepers and the Proud Boys, are veterans, according to CNN’s analysis of government records. This has renewed the conversation about the Pentagon’s efforts to crack down on extremism in its ranks.