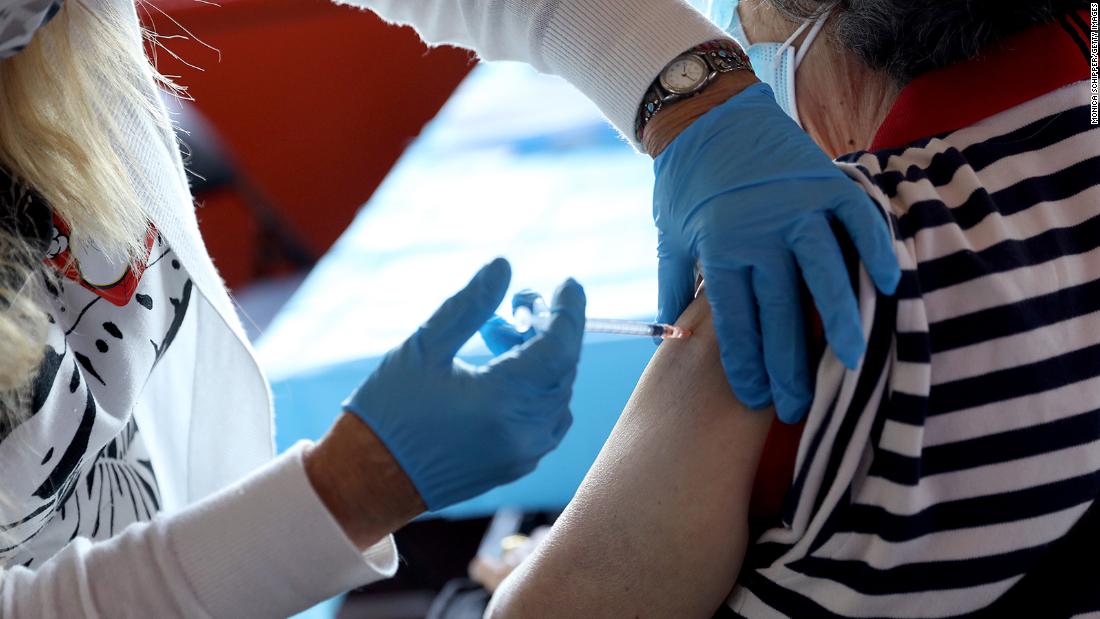 Roughly one-fifth of Americans were initially hesitant about or squarely against getting the Covid-19 vaccine but have since gotten their shots, according to polling released Tuesday by the Kaiser Family Foundation.

The survey reached back out to people first polled in January to see how their views on the issue had evolved. Those who had decided to be vaccinated after saying they weren’t sure about or didn’t intend to get the shot “often say that family, friends and their personal doctors helped change their minds,” the foundation found.

Most people who’d made firm decisions one way or the other in January hadn’t budged since. Of those who were unvaccinated at the start of the year, only about 8% had changed their minds – the rest either stuck with their initial choice or had started off unsure what they would end up doing.

RELATED: Tracking Covid-19 vaccines in the US

A quarter who’d gotten the vaccine after initial hesitation said they had been reassured to see other people getting vaccinated without ill effects. Many mentioned their families and friends getting the shot; one woman said she’d been convinced of the vaccine’s safety after President Joe Biden got vaccinated.

“I became convinced that some of the rumored side effects were not true,” one Colorado man, a 69-year-old political independent who’d initially said he’d get the shot only if required, told the Kaiser Family Foundation.

Others who eventually decided to get the vaccine cited pressure from family and friends (8%) or a desire to visit loved ones safely (3%).

One woman, a 42-year-old Republican from Indiana, told pollsters in January that she definitely wouldn’t get the shot. This summer, however, she reported she’d been vaccinated: “My husband bugged me to get it and I gave in.”

You asked, we’re answering: Your top questions about Covid-19 and vaccines

Reassurance and recommendations from doctors and health care providers also played a role (11%). A 28-year-old Iowa woman said she’d initially held off because she was worried about getting the vaccine while breastfeeding, but heard from doctors that she’d be able to give her baby antibodies.

A few said they’d chosen to get the shot because of restrictions placed on unvaccinated people – one man, for instance, because he needed the vaccination to visit the Bahamas.

About 56.2% of Americans 12 or older had been fully vaccinated as of Monday, and vaccination rates remain dangerously low in states such as Alabama, Mississippi and Arkansas, which are also seeing some of the worst daily coronavirus case rates in the nation.

About one-fifth of adults who are still unvaccinated mentioned side effects as their main reason for not getting vaccinated, the Kaiser Family Foundation poll found. Others remained concerned about the vaccine’s safety, or said they didn’t see benefits in getting vaccinated.

“My husband got the vaccine and all the side effects,” said one Californian, a 42-year-old Hispanic woman who said she’d decided against getting the vaccine. “I cannot be sick, I am the rock of the family.”

Although the persuadable share of the public has dwindled since January, it hasn’t disappeared. A tenth of Americans still say they’re waiting to see how the vaccine works for others before they make up their minds.

The KFF COVID-19 Vaccine Monitor surveyed 878 US adults June 15-23, using a nationally representative online panel. All the respondents had previously participated in a January survey. The margin of sampling error, including the design effect for the full sample, is plus or minus 4 percentage points for the June survey.